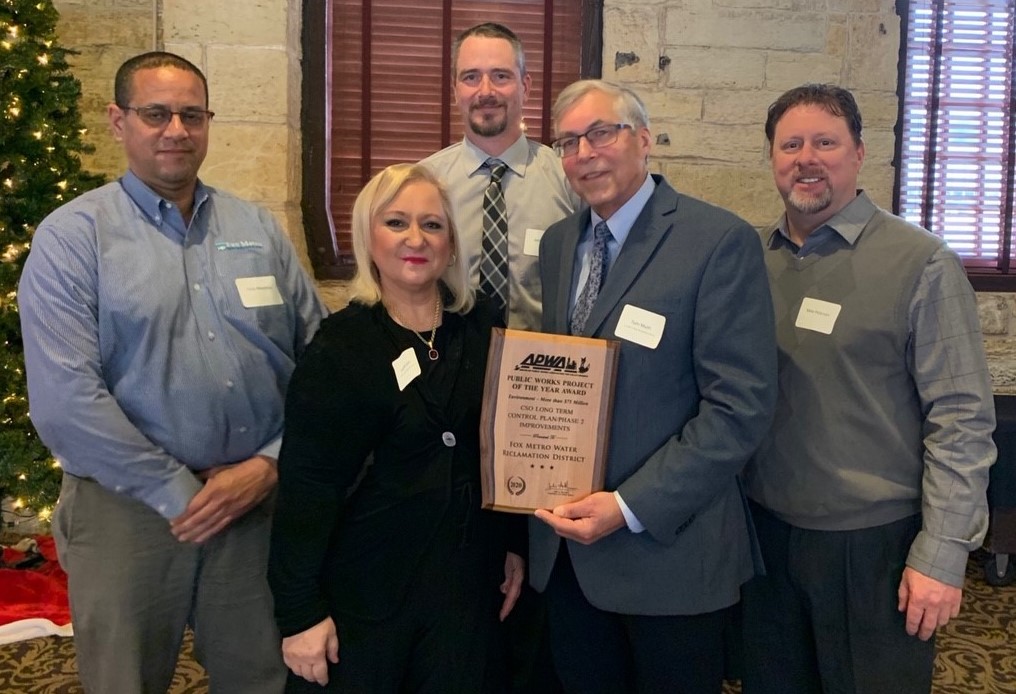 Fox Metro Water Reclamation District has won the Fox Valley Section of the Chicago Chapter of the American Public Works Association (APWA) award for the implementation of Phase 2 Program of the Combined Sewer Overflow (CSO) Long Term Control Plan.  In addition, Deuchler Engineering Corporation has been recognized with an Honor Award by the Illinois Section of the American Council of Engineering Companies for the design of the Phase 2  Program.

The three contracts of Phase 1 laid the foundation for future phases. The cornerstone of the CSO LTCP was Phase 2, which included three contracts totaling close to $100 million. The Waubonsie Interceptor Contract included a junction box equipped with automated gates for scalping an existing 54-inch interceptor and a 36-inch gravity sewer across the Fox River. The South Facility Contract included a new 6 MGD treatment facility consisting of a headworks, primary clarifiers and pumping station, a biological nutrient removal process, and a thickening building. The North Facility Contract included modifications to existing processes to achieve phosphorus removal.

The measurable results of the Phase 1 and 2 implementation include:

The success of the implementation of Phase 1 and Phase 2 of the CSO LTCP can be attributed to public engagement during the development of the LTCP and close collaboration and teamwork between FMWRD, Deuchler Engineering Corporation, subconsultants, and multiple contractors.